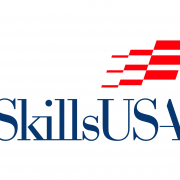 In addition, Andrew Dearing a student at Utah Valley University in Orem, UT, and an AWI Education Scholarship recipient, was a top 10 finisher in the postsecondary competition

Cabinetmaking was just one of 98 trades contested during SkillsUSA. Even a small sampling of the staged competitions makes clear the wide range of skills displayed including 3D printing, carpentry, crime scene investigation, nail care, robotics and web design.

Among the more than 15,000 people competing or attending the event were Kristine Cox, president of the AWI, and Kent Gilchrist, past president of AWI and technical chairman of the SkillsUSA Cabinetmaking competition.

Through her affiliation with the Carolinas Chapter of AWI, Cox has been actively involved with SkillsUSA in her home state of North Carolina for nearly 10 years. Other AWI chapters that participate on their state or regional level include Great Lakes, Heart of America, Iowa/Nebraska, New Jersey, Ohio Valley, Texas and Wisconsin.

This year’s Cabinetmaking competitors were required to manufacture a nightstand from a supplied design and materials. Students not only had to be able to read the drawings, they had to develop cut lists; cut and fabricate all of the parts using a table saw, laminate trimmer, hand drill, hinge boring machine and various hand tools. The parts also had to be sanded, assembled and adjusted to tolerances specified by the judges.

“The projects that the kids do today are multiple times more complex than what they were five or more years ago,” Gilchrist said. “This year we introduced angled sides and angled dado joinery. This not only increased the complexity of assembly, but also the challenges of preparing the cut list and machining the parts. What’s really great is that we have seen school instructors really step up their games year after year to help prepare their students to meet these challenges.”

Why SkillsUSA Matters
SkillsUSA has grown to include 395,000 members, including students, advisors and industry partners. Putting on the annual national competitions represents about a $36 million industry investment, including about $250,000 for cabinetmaking. In addition to helping elevate the trades through the National Leadership Conference, SkillsUSA is a strong advocate of career and technical education on state and national levels.

“One thing for me, especially on the state level, it that I’ve learned not only to talk from the mountaintop to these kids that we have jobs but that we have good careers in this industry,” said Cox. “Getting involved in SkillsUSA gives us an opportunity to also get in front of parents, teachers and guidance counselors. Hopefully we’ll get the message out and all concerned will know that woodworking is a viable industry for a career and there is good money to be had. Until parents recognize that this is a viable career path, they are going to push their kinds into the path of a four-year college. But what’s good for some is not good for all.”

“I think it’s important for our industry to see that career and technical education is not a dying breed,” Gilchrist said. “It’s important not just from the perspective of cabinetmaking but for CTE as a whole. The SkillsUSA National Leadership Conference shows that there are so many students who are interested in the trades. That’s not to say that many of these kids won’t be going to college, but many may come back to the trades in a management position.”

“I talk up SkillsUSA whenever I can,” Cox added. “My father was deeply involved with Boy Scouts and just like an Eagle Scout there’s a certain expectation of demeanor and character that comes with a student being involved in SkillsUSA. If I have two candidates for a job in my shop and they are equal on everything but one of them has a SkillsUSA involvement, automatically that person goes to the top my list because I know that person not only has the hard skills and craftsmanship I’m looking for, but also has critical thinking and problem solving skills that gets taught through SkillsUSA.”

“I usually bring up SkillsUSA when I’m talking to someone who says that there is no skilled labor,” Gilchrist said. “Then I’ll ask, ‘Do you know about SkillsUSA?’ Like Kristine said, these kids have certain attributes for employment that transcend a specific skill. I encourage them to find and reach out to their state director and not to limit themselves to only looking at cabinetmaking programs. Some schools have architectural technology, carpentry or welding programs where kids learn skills that you can cross train into our industry. This is a good jumping off point to develop a relationship.” 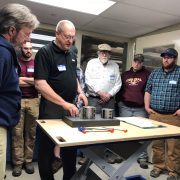 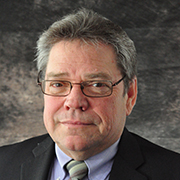 President's Message: We’ve Got a Lot to Talk About at AWFS Fair 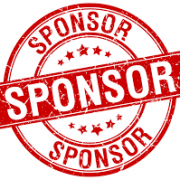 President’s Message: Thanks to Our Supporters and How You Can Become One 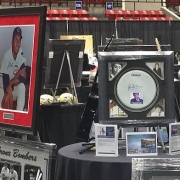