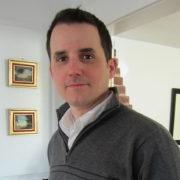 Chris Hofmann, U.S. Lamello product manager for Colonial Saw of Kingston, MA, has been appointed to the Woodwork Career Alliance of North America’s Board of Directors for a three-year term.

Hofmann has been active in woodworking education both on the national and local stages. He is currently chairman of the Woodworking Machinery Industry Association’s Education Committee and is also a technical advisor for the woodworking and carpentry program at Silver Lake Regional High School in Kingston.

Hofmann brings 28 years of wood products experience to the WCA Board, including running a custom woodshop for which he hired graduates of woodworking programs.

“I was trained as a traditional preservation carpenter and woodworker during my undergrad time at the University of New Hampshire in the mid-90s, then worked as a framing foreman in Maryland before starting Hofmann Joinery, which I ran for ten years before having to close it during the Great Recession in 2010,” Hofmann said.

“During the Hofmann Joinery years, though, I hired graduates from the University of Rio Grande (OH) and Thaddeus Stevens Tech (PA) woodworking programs as part of my team doing ultra-high-end work in the Washington DC market.  Now in my current position, I’ve visited over 2,500 woodshops and understand  how badly the next generation of woodworking professionals are needed.”

Hoffmann said he decided to volunteer his time to serve on the WCA Board because, “I’ve always been interested in keeping our trade/craft alive and healthy and I believe that there is merit in the WCA initiatives.”